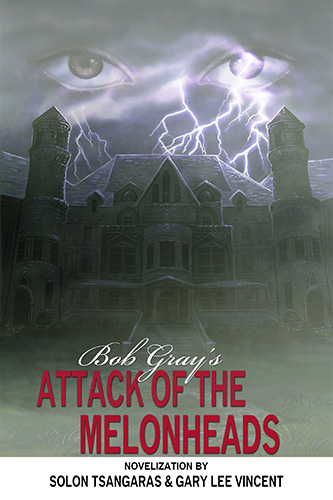 Fifty years ago, a doctor sought to cure a terrible disease. Hidden from the world, Doctor Malcolm Crowe toiled in the dead of night while the world was sleeping, creating a new breed of mutant—all in the name of science.

Yes, he thought he could cure the sick children. But he was wrong.

Today, the results of his cruel and unconventional experiments have manifested into an evil never before seen.

Now, in Kirtland, Ohio, the town’s unsuspecting residents are about to encounter the full onslaught of this unimaginable terror.

Can something be done before it’s too late?

Find out in ATTACK OF THE MELONHEADS.  Available now from Burning Bulb Publishing in both paperback and Kindle editions.